How to Boost Government Diversity with Competencies 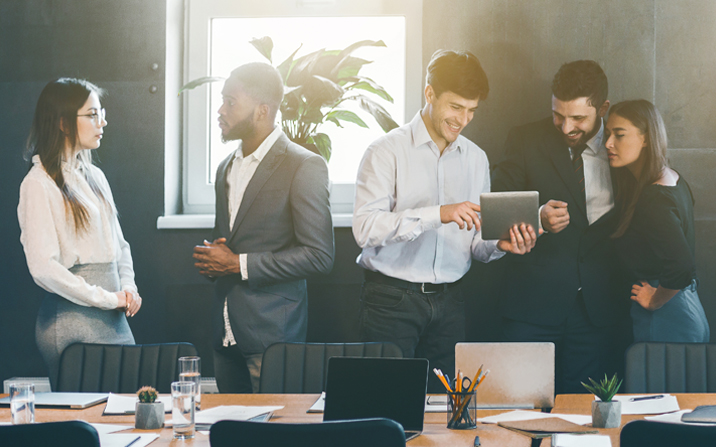 “When we draw on the wisdom of a workforce that reflects the population we serve, we are better able to understand and meet the needs of our customers – the American people.”

Our federal government has a diversity problem. Like many countries, the United States is becoming increasingly diverse. Yet women, people of color, and people in the lesbian, gay, bisexual, and transgender (LBGT) community are underrepresented in the federal government—especially in leadership positions. Why does it matter? And how can competencies help to boost government diversity?

Why Diversity and Inclusion Matters for Federal Government

The federal government is not simply the largest employer in the U.S. It has a special diversity and inclusion role to play. The U.S. Constitution starts with, “We the people of the United States….” Our country’s government was created to serve the citizens, who give the government its powers (and responsibilities).

While inclusiveness in the earliest federal government’s workforce naturally reflected the diversity practices of the day, the government is uniquely positioned to change the laws that have historically held back people in marginalized groups. For example, the government granted women the right to vote, banned laws prohibiting interracial marriages, guaranteed equal rights for persons with disabilities, and legalized same-sex marriage in the U.S.

Only by cultivating a diverse workforce representative of the population it serves can government agencies understand the range of needs, opinions, and issues that its laws and services are designed to address.

What, Exactly, Are Diversity and Inclusion?

“Diversity” and “inclusion” are separate yet complementary terms. One is about differences; the other is about a culture that embraces those differences. In its Governmentwide Inclusive Diversity Strategic Plan 2016, OPM defined the terms as:

Benefits of Diversity and Inclusion

Employees are more likely to feel satisfied in an environment that nurtures diversity and inclusion, leading to higher employee engagement and retention rates. Benefits of a diverse and inclusive workforce are well-documented:

While government isn’t motivated by profit, it absolutely needs to attract and retain talent, make good decisions, and shape its future workforce to thrive in a constantly evolving digital, globally-connected, citizen community.

The federal government closely tracks and reports on the data that describes its civilian employees. While the government does a better job reporting on numbers of employees who are female or people of color than those with disabilities or who identify as LGBT, there are pockets of data showing that these groups, too, are underrepresented and discontent.

Comparing OPM data and the U.S. Census Bureau’s latest statistics, we see that:

Greater discrepancies are evident in government leadership positions. The most recent Federal Equal Opportunity Recruitment Program (FEORP) report to Congress showed the percentage of minorities in the Senior Executive Service (SES) – the executive leadership of federal government – remains at a paltry 21.2 percent. That’s an almost 20 percent discrepancy. While women are better off, they’re still underrepresented at 35.3 percent – a 15.5 percent discrepancy.

This Washington Post article takes a deeper look at which minority groups are gaining (Hispanics and Asians) and which are losing ground (African Americans) in the SES. The article quotes Bill Valdez, president of the Senior Executives Association, who characterizes the federal government diversity and inclusion (D&I) efforts as “stalled.”

One way to jumpstart D&I efforts is to use competencies. As objective measures of skills, knowledge, and behaviors, competencies can help the government get past some of the historical barriers that are keeping agencies from making more progress in their diversity and inclusion goals.

The Partnership for Public Service and Booz Allen Hamilton summarized their findings and recommendations to the federal government in their Preparing for Federal Workforce of the Future infographic. Not surprisingly, “attracting and managing diverse talent” – at all levels in government – is one key for success.

Are you ready to infuse your agency’s diversity and inclusion with a competency-based approach? Contact us to find out how Avilar’s WebMentor Skills™ competency management system is supporting federal agencies today. Or schedule a demo to see how it works.

How to Win the Talent War with Competencies
Improve Government Customer Service? Look to the Workforce
How to Be the Best Place to Work (for the Things that Matter Most)
How to Overcome Government Performance Management Challenges