How Top Organizations are Building Company Culture for Talent Retention 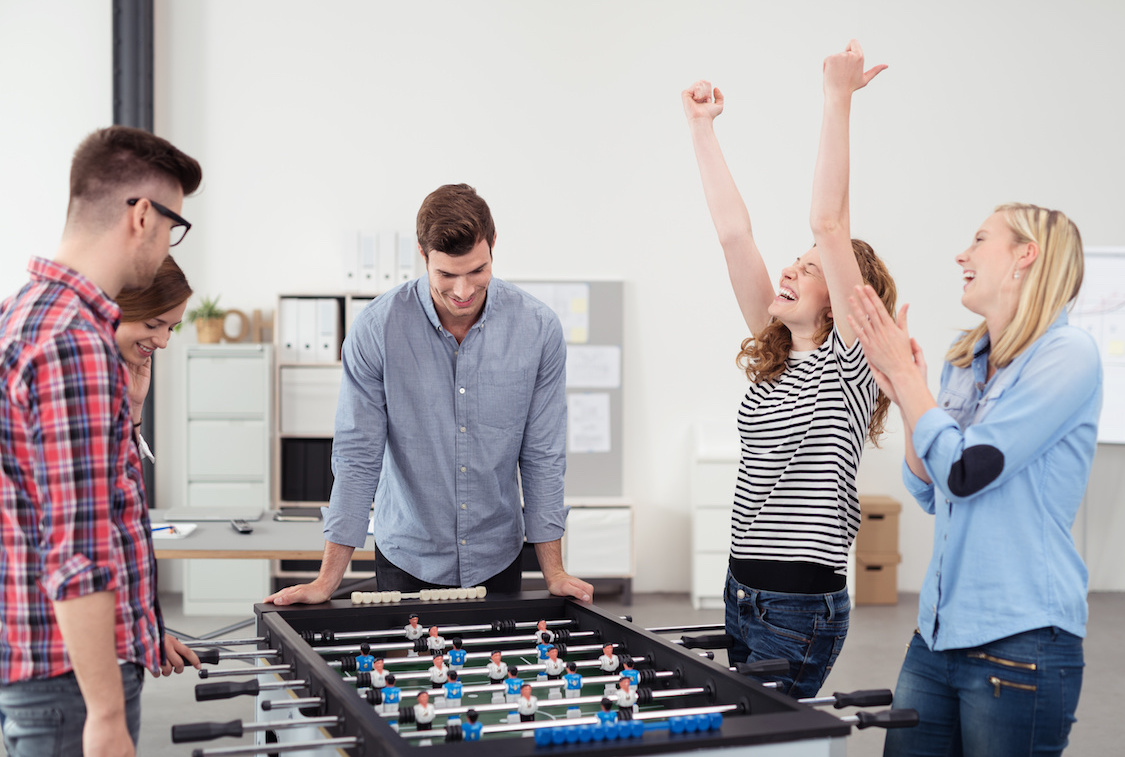 “Rated Best Place to Work 2017!”
“Ranked the Most Cutting Edge Company”
“The Only Company with 5 Ping Pong Tables and an Indoor Pool!”

Okay, maybe not the last one, but for some organizations’ recruitment efforts, the office amenities seem to outshine the company and position itself. Companies are beginning to focus on the idea that branding themselves as a fun and cutting-edge place to work with a “positive company culture” is the best way to attract new candidates. But, what is company culture?

Company culture describes the atmosphere or “vibe” of an organization and is created by factors such as mission, vision, leadership, diversity, and more. While ping pong tables and catered lunches might be initially enticing, the real reason great employees stick around is because they feel valued and invested in, particularly when they’re given a positive work environment and they’re given the opportunity to grow and move into leadership positions.

One company that regularly strives to have a positive company culture is Zappos. “It’s about giving employees permission and encouraging them to just be themselves,” says Zappos CEO, Tony Hsieh. Zappos has an interview policy where they do one interview for skills and another purely for cultural fit. When employees are hired specifically for cultural fit, there is a higher likelihood that they’ll stay with the company long-term. Zappos has also made it a point to define their values and make them known company-wide so that all employees are on the same page (read more at Fast Company).

Not only has Google / Alphabet been deemed one of the best places to work every year for the past decade, Google is also known as one of the companies where the best talent in the world work. To keep this top talent, Google has to maintain a phenomenal company culture. According to Fortune, “The company culture truly makes workers feel they’re valued and respected as a human being, not as a cog in a machine.” From weekly meetings that are broadcast to other offices across the world to inclusion and user-centered design, Google truly strives to make the company an ideal place for employees to work.

You may have heard of Slack, the messaging platform that aims to change the way teams communicate and work together. As Slack grows and takes aim at “big fish” like Microsoft, its culture is evolving as well. Slack’s core values begin with empathy and courtesy and according to Slack CEO Stewart Butterfield, “Other companies might mock users’ stupid questions; Slack doesn’t. People who succeed at Slack bring a lot of patience to their jobs.” A couple other Slack virtues include playfulness, solidarity, and craftsmanship.

Slack also values diversity and made it a point to publish their inclusion and diversity data. Part of slack’s diversity article notes, “We want to hold our feet to the fire and measure whether or not our strategies — particularly those for retention and diversity across our different internal organizations — are effective.”

For one medium-size client of ours, taking steps toward a positive company culture meant investing in their workforce. After a recent skills audit, it was clear that some employee skill sets weren’t up to their industry standards. By setting up a competency management system that includes continued learning for all staff, employees were able to start building their skill sets, giving them confidence and feeling empowered in their positions. Because the learning management system is competency-based, employees are building skills individually but strengthening the entire organization as well. Through this continued learning initiative, employees feel that they’re valued and are contributing to something greater than themselves toward a common goal.

By laying out a mission, vision, and core values for your organization, you can help steer your company culture, and engage those who share those same values.

The Benefits of a Positive Company Culture

Creating a positive culture within your organization can bring with it huge benefits in recruitment, retention, employee engagement, and succession.

Recruitment: Finding great employees can be expensive and time consuming., Sometimes you simply can’t find someone who is a good fit both skill and culture-wise. When your company has a reputation for having a positive company culture, the candidate pool expands, giving you more top talent to choose from.

Employee Retention: With a positive company culture employees feel valued and empowered in their position as they have avenues for continued learning and the ability to move around within the company or move up in the future. For companies that have a higher than average turnover rate, it’s safe to say that they probably have a poor company culture as well.

Productivity: Employees who work in a positive company culture tend to be more productive. According to Fortune, “97% of employees at the Best Workplaces in Consulting & Professional Services say their peers “are willing to give extra to get the job done.”

Loyalty: Companies that have a positive company culture often have long-term plans that include career development for their employees. When employees are confident in their current position and their career path they tend to be happier and more motivated.

A positive company culture is a sign that the organization values and invests in their employees. Many times, feeling valued as an employee means that the employee’s view of their skill set and performance aligns with the company’s expectations. When skill gaps exist for certain employees, teams, or entire departments, that difference in expectation versus reality begins to become clear, putting stress on employees, managers, and leadership.

An LMS can help build skill sets and keep employees up-to-speed on best practices. Employees who are encouraged to participate in continued learning benefit from a larger skill set, confidence in themselves and their position, and a higher rate of productivity. Implementing an LMS and helping employees through leadership development and succession planning can encourage employee loyalty and retention.

Learn more about how competency management, learning management, and succession planning can positively affect company culture on our blog.